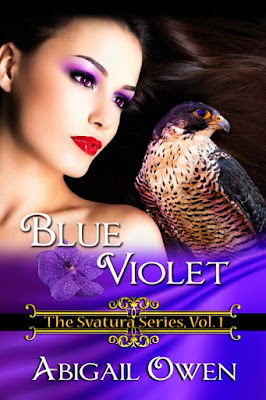 
Book #1 of the Svatura Series

Ellie Aubrey is a centuries-old gypsy princess whose extraordinary abilities once inspired her Roma ancestors' fairytales (or nightmares). Along with her twin-brother, Griffin, Ellie has spent most of her life hiding from the Vyusher, a rival tribe who destroyed their entire powerful family. But after a mysterious dream, Ellie risks discovery in order to find and watch over the Jenners, another group of similarly gifted people. She refuses to let them suffer the same fate.

Alex Jenner has come home to protect his family. His adopted mother can sense danger coming, but not who or when. Suspicious of the new girl in town, Alex challenges Ellie in ways that will spark one of two possible outcomes: they'll spontaneously combust, or she'll lose control of the one power she's fought so hard to contain.

When the Vyusher once again threaten everything she holds dear, Ellie will have to face her worst fear, and Alex will have to face an impossible decision. In this fairytale, the dragon that the prince must slay is also the princess who holds his heart.

Blue Violet  follows Ellie, a girl who has had only the company of her twin brother Griffin for the majority of her life, and by life I mean over a century. Ellie and her brother are not normal human beings, they instead belong to an ancient mystical race that has almost been completely wiped out.

Although Ellie does enjoy her brother's company, she yearns to be around other people like her. Being around the same person (and no one else) for years on end can get a bit boring. So, when she gets a strange vision showing her that more of her kind does exist, she jumps at the chance to find them. However, she is not the only person searching for them.

Even though Ellie is supposed to be over a century old, she does not act like it at all. Actually, none of the characters do. I don't know if this is correct or not, but I really liked that about this book! The characters were not depressed and brooding around throughout the book, but instead were a lot of fun. They seemed to get themselves into one sticky situation after another, which was super entertaining!

In addition to having these "old" characters not act their age, I also really liked Ellie and Griffin's relationship. They knew each other extremely well, and some of my favorite parts were when Griffin would make comments about Ellie's behavior! The bickering was absolutely perfect!

"She'd read tons of books with female heroines who swooned at the sight of their true love and had thought them to be incredibly wimpy. Now here she stood, barely able to keep herself upright. Not that she was in love...far from it. But a girl could appreciate a bona fide hottie when she saw one, right?"

"I just finished running, and I look and smell like nothing very pleasant. Why, oh, why did he have to bump into me now?"